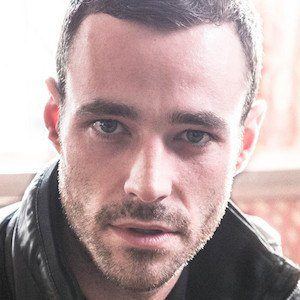 Nominated for two British Soap Awards for Villain of the Year and Best Newcomer for his role as Callum Logan on the long-running soap Coronation Street. He has previously been featured in multiple episodes of Our Girl, Doctors, and Island at War.

He acted in school plays and was a part of a Manchester youth theatre company. He developed alopecia from being stressed, thought his acting career was over, and was working at a burger restaurant before his acting career caught a second wind.

He owns a production company with seven other actors called Northern Lads Productions.

He was born in Manchester, England, UK to mother Deborah Ward. He has one sister, Rachel. He dated Georgia May Foote until 2016.

He frequently shared the screen with Paula Lane on Coronation Street.

Sean Ward Is A Member Of