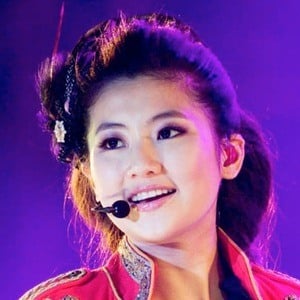 Taiwanese singer who rose to fame as a member of the girl group S.H.E. along with Ella Chen and Hebe Tien.

She got her start after winning the Universal 2000 Talent and Beauty Girl Contest where she met her bandmates.

She was married to Richard Chang from 2011 until 2016. He grew up with a sister named Lorene Ren.

She made a special guest appearance during a concert of Show Luo's.

Selina Jen Is A Member Of