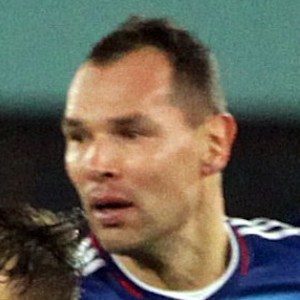 Centre back who became one of CSKA Moscow's greatest players, helping lead the club to more than a dozen league titles. He has represented Russia at many international tournaments, including UEFA Euro 2008 and the 2018 FIFA World Cup.

He joined Torpedo Moscow's youth squad when he was 9 years old.

In 2017, he set a record for most games played in Russian Premier League.

He married a woman named Natalia and has children named Timofey, Roman, Sergey and Dmitry.

He has played with Igor Akinfeev on the Russian national team.

Sergey Ignashevich Is A Member Of