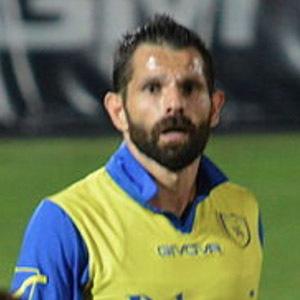 Striker for the Italian club Chievo Verona beginning in 2000 who became a captain for the club. At the beginning of his tenure with Chievo Verona, he was loaned out to SPAL for 2001-2002.

He played five times for Italy's national under-17 youth squad, and once for the Italy senior team in 2009.

He married Gian Micaela Viadana in 2004. They have children named Matteo and Sofia.

He and Francesco Totti have both captained Italian soccer clubs.

Sergio Pellissier Is A Member Of