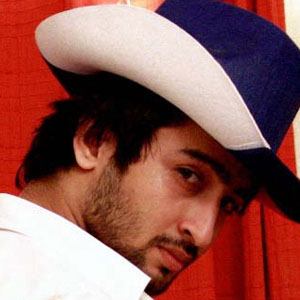 Known for his role as Vir Mehra on the Disney Channel India series Kya Mast Hai Life and for his portrayal of Arjuna on the Star Plus series Mahabharat, this popular Indian actor won numerous BIG Television, New Talent, Indian Telly, Our Choice, and Disney India awards.

He earned a bachelor's degree in law from Bharati Vidyapeeth University in Pune, India, and first entered the entertainment world as a photographer and fashion model.

From 2011 until 2012, he played the role of Anant Bajpai on Star Plus' Navya..Naye Dhadkan Naye Sawaal.

A native of Jammu, India, he grew up in a Muslim family. He has been in relationships with Smilie Suri and Ayu Ting Ting.

He and actress Shafaq Naaz both appeared in episodes of the Star Plus series Teri Meri Love Stories.

Shaheer Sheikh Is A Member Of