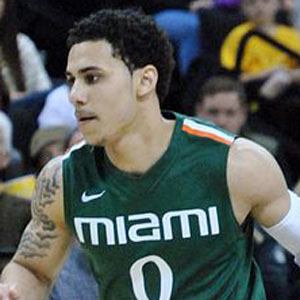 Point guard who began his NBA career with the Dallas Mavericks in 2013 after starring collegially for the University of Miami.

As a high school senior in Orlando, Florida, he averaged more than eighteen points per game.

He grew up in Cincinnati, Ohio as the son of Lisa and Barry Larkin.

His father, Barry Larkin, was a professional baseball shortstop who had an almost two-decade-long career with the Cincinnati Reds.

Shane Larkin Is A Member Of