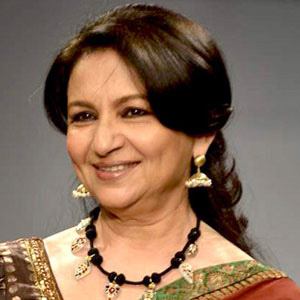 Filmfare and National Film Award-winning actress who starred in films like Aradhana and Mausam.

She was chosen as an UNICEF Goodwill Ambassador in December 2005.

The poet Rabindranath Tagore was her great-great-grandfather.

Sharmila Tagore Is A Member Of