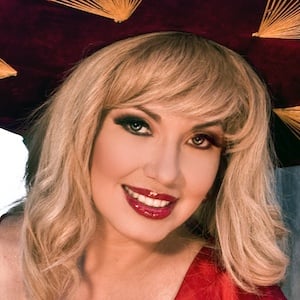 Icon of Ecuadorian culture internationally whose career included work as a TV presenter, actress, music producer and singer. She released five studio albums. In addition, she worked as an advertising and public relations consultant and lingerie designer.

She won an inter-school festival music contest at eight years old. She was a starting member of the C.S. Emelec sports club's football team. She studied communication sciences at the University of Guayaquil.

Her birth name is Edith Rosario Bermeo Cisneros. She was married to Geovanny Lopez.

Sharon la Hechicera Is A Member Of