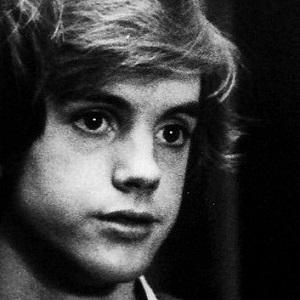 1970s teen idol who starred in the television series The Hardy Boys Mysteries and Breaking Away. As a singer, he became known for hits like "Da Doo Ron Ron" and "That's Rock 'n' Roll."

He signed a music deal with Warner Bros. Records while still in high school and released his debut self-titled album in 1976.

He became a TV writer and producer in the mid-1990's and he was involved with the creation and production of several hit TV shows, including Cold Case and Blue Bloods.

He was born to Academy Award-winning actress Shirley Jones and Tony Award-winning actor Jack Cassidy. He married Ann Pennington in December 1979 and they had two children together. He later married Susan Diol in 1995 and then Tracey Lynne Turner in 2004. He and Tracy have four children together named Caleb, Roan, Lila and Mairin. He is the half-brother of singer David Cassidy and he also grew up with two younger brothers, Patrick and Ryan.

In 1997, he co-created the fantasy adventure TV series Roar, which featured Heath Ledger in his American debut.

Shaun Cassidy Is A Member Of