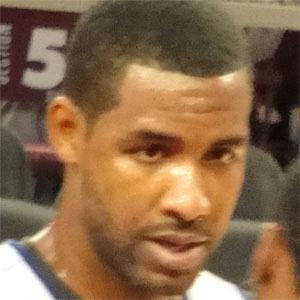 Forward who made his NBA debut in 2006 with the Indiana Pacers chosen 17th overall in the 2006 NBA Draft. He went on to play for numerous teams, including the Dallas Mavericks, Los Angeles Lakers and Miami Heat. In 2017, he joined the Iowa Wolves of the NBA G League.

He played one season at the University of Memphis and was named Conference USA tournament MVP after averaging 18 points and 6.7 rebounds in three games.

In 2013 - between stints with the New Jersey Nets and Los Angeles Lakers - he played for Guangzhou Liu Sui.

He was born and raised in Memphis, Tennessee. He became engaged to Love & Hip Hop star Jessica Dime; they welcomed their first child, a daughter named Brielle, in June of 2018.

From 2008 to 2010 he played for the Dallas Mavericks, alongside Dirk Nowitzki.

Shawne Williams Is A Member Of