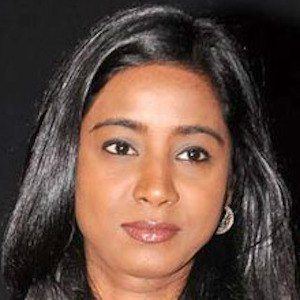 Award-winning Indian singer who has appeared in many Hindi films including Gandhi My Father and Desi Boyz.

She was also part of the band Band Called Nine and worked with the traditional Indian craft of Qissa Goi.

Her father, S.V. Rao earned a degree in music and started her interest in a music career.

Shilpa Rao Is A Member Of