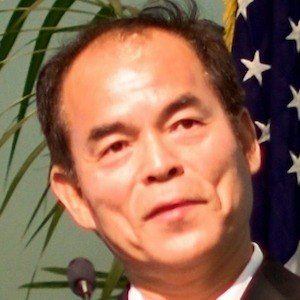 Japanese scientist who won the 2014 Nobel Prize in Physics for his invention of blue light-emitting diodes, which are used in the creation of Blu-Ray discs. He has served as a professor in the Materials Department of the College of Engineering at the University of California, Santa Barbara.

He earned a Master of Engineering degree in Electronic Engineering from the University of Tokushima.

He was awarded a bonus of around $9 million by the Nichia Corporation for his patents, which was the largest bonus ever paid by a Japanese company at the time.

He has children named Hitomi, Arisa and Fumie.

Like American physicist Clifford Shull, he received the Nobel Prize in Physics.

Shuji Nakamura Is A Member Of