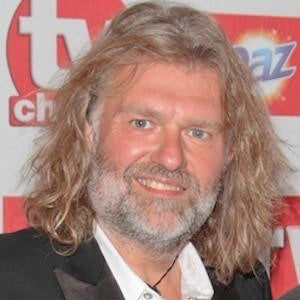 Born Simon King, he is a television personality and chef who makes up one-half of the Hairy Bikers alongside Dave Myers. He and Dave have presented several television cooking shows.

As a teenager, he paved stones for a construction firm. He later worked as a first assistant director and location manager in film and television. He was a crew member on the Harry Potter films.

His father served in World War II as a member of the Royal Navy and later worked as a motorcycle dispatch rider. He and his wife Jane had three sons together before separating after 27 years.

He and Dave performed a Big Night Out show in theaters that was directed by Bob Mortimer.

Si King Is A Member Of