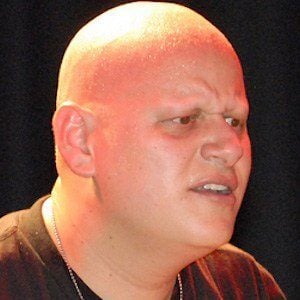 Rapper and hip hop artist behind the group Psycho Realm spawned between him and his brother Big Duke. The band released half a dozen albums and he released a number of solo albums.

The group began in 1989 in the Pico-Union area of Los Angeles. Their debut single "Scandalous" was featured in the 1994 film Mi Vida Loca.

He has been featured on albums and tracks by artists like Vinnie Paz and DJ Muggs.

His real name is Jack Gonzalez and his brother's name is Gustavo. Gustavo was unfortunately shot in 1999 and was paralyzed from the neck down as a result.

After seeing Psycho Realm in concert, Cyprus Hill's B-Real was so enthralled with their music that he requested to join the group.

Sick Jacken Is A Member Of