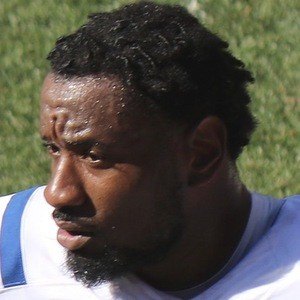 American football linebacker who was drafted by the Oakland Raiders in the third round of the 2013 NFL Draft. Before the start of the 2015 season, he was traded to the Indianapolis Colts for a sixth round pick.

He attended the University of Connecticut, where he was named to the All-Big East team as a senior.

He was named Rookie of the Week in 2013 for his performance against the Steelers in week 8 of the season.

He was born in Liberia, but his family moved to Connecticut to escape the civil war that broke out in the late 1980s and early 1990s.

He and Tyler Wilson were taken in third and fourth rounds of the 2013 draft by the Raiders, but neither of them were on the team by 2015.

Sio Moore Is A Member Of