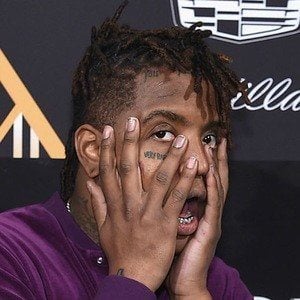 He originally started featuring his music as a solo artist on SoundCloud in 2015.

His top hits such as "Kate Moss" and "I Like Bricks" have racked up over one million views and growing on SoundCloud.

His real name is Stokeley Clevon Goulbourne. He's been based out of South Florida and is of Jamaican descent.

He has gone on tour with rappers Wifiisfuneral and Danny Towers.

Ski Mask the Slump God Is A Member Of