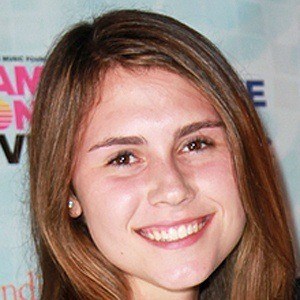 Most well known as the daughter of internationally recognized celebrity chef Bobby Flay.

She made her first television debut at the age of 17 alongside her father on The Rachael Ray Show.

She studied broadcast journalism at the University of Southern California and worked internships with NBC News, Dash Radio, and NBC Sports.

She is the child of her father's second wife, Kate Connelly. Through her mother, she has an older stepbrother named Jonathan.

Sophie Flay Is A Member Of