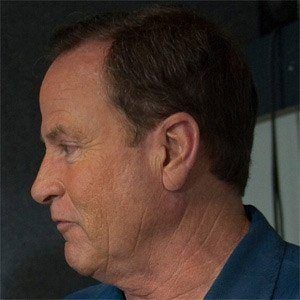 Baseball broadcaster and former player who became beloved by Chicago Cubs fans as the team's television color commentator for two decades. As a player, he is best remembered for his 1980 season with the Baltimore Orioles, when he won the Cy Young Award and was named an All-Star.

He was an excellent multi-sport athlete as a young man, winning championships in tennis and ping pong.

Despite being embraced by fans, he was controversial among people in the Cubs organization for his many highly-critical statements regarding the team's play over the years.

Steve Stone Is A Member Of