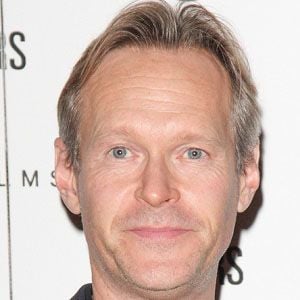 Notable for his recurring roles on television series such as Swallow, The Amazing Mrs. Pritchard, The Queen, Luther, and The Jury, he is also recognized for his work in films such as Lock, Stock and Two Smoking Barrels (as Winston) and Underworld: Evolution (as Tanis).

In his late teens, he portrayed Nigel Partridge in six episodes of the television series The Secret Diary of Adrian Mole Aged 13 3/4.

He received a BAFTA Cymru Award and an RTS Television Award and was nominated for a BAFTA TV Award for his portrayal of Davey in the made-for-TV movie Care (2000).

A native of Cambridge, England, he is the child of Malcolm Mackintosh and Dorothy Parris Mackintosh; the husband of Emmy-nominated actress Lisa Jacobs; and the father of Blythe and Martha Mackintosh.

He and Ben Whishaw were both in the cast of the 2008 television miniseries Criminal Justice.