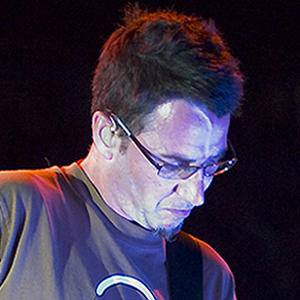 Lead guitarist for and founding member of the rock band Pearl Jam. His first band was March of Crimes.

He was a member of Seattle-based grunge bands Green River and Mother Love Bone before joining Pearl Jam.

He is also a solo musician who released his debut album, Bayleaf, in 2001.

He was married to now ex-wife Liz Weber; they had a daughter named Vivian Sparks in 2007.

He plays in Pearl Jam with lead singer Eddie Vedder.

Stone Gossard Is A Member Of