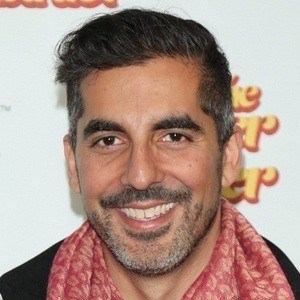 Notable for his voice acting role as Prince Wu in the Avatar universe series The Legend of Korra, Malhotra is also known for voicing Jedi Jinx in an episode of Star Wars The Clone Wars and Spartan Jun A266 in the Halo Reach video game.

Before beginning his entertainment career, he completed an undergraduate degree in drama at Indiana University.

He acted in episodes of West Wing, 24, and Cold Case.

Born in Skokie, Illinois, he grew up in a family of Indian heritage.

He and Janet Varney both contributed voice acting work to The Legend of Korra.

Sunil Malhotra Is A Member Of