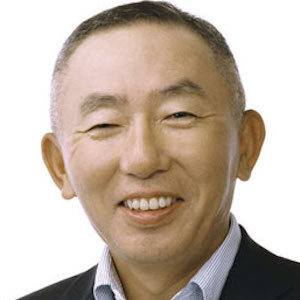 Founder of Fast Retailing, at one point Asia's largest apparel firm. He married affordability with stylishness in his Uniqlo clothing line.

He founded Uniqlo as a brandless warehouse business selling low-priced imports to Japanese youth. He learned how to grow the company after watching the operations of Lai Chee-ying in Hong Kong.

He had the world's fourth-largest apparel company by 2013, operating 1,200 stores globally with sales nearing $10 billion.

He was born in Japan and attended Ube High School and Waseda University.

He adopted the approach of the Swedish fashion giant H&M, which also found a balance between affordability and style with the latter accomplished by engaging models like Daphne Groeneveld.

Tadashi Yanai Is A Member Of