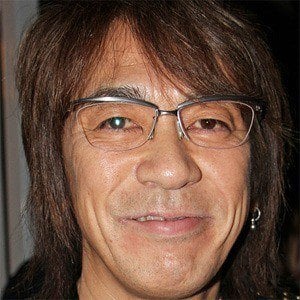 Japanese musician known as the guitarist and songwriter for the rock band B'z. He also has had a successful solo career.

He worked as a session musician for other artists during the 70's and 80's.

He came in first place in a 2011 poll on which guitarist best represents Japan.

He is from Osaka, Japan. His first marriage was brief. He married his second wife, Saeko, and the couple welcomed a daughter and a son together.

He joined Whitesnake drummer Brian Tichy to form The Tak Matsumoto Group in 2004.

Tak Matsumoto Is A Member Of