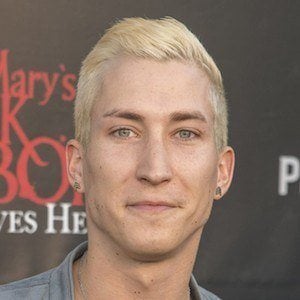 Actor and DJ who has been seen in titles like Frog Kingdom and In Time. He also played Deblin in Nickelodeon's Fred 2: Night of the Living Fred.

At thirteen, he was the lead singer and guitarist for a hardcore band. He later went on to study at Ohio State University.

He has made appearances in a number of television shows including Greek, 1000 Ways to Die, and Generator Rex.

His mother, Melissa, was a model and his father, Reid, was a motocross racer. He has an older brother named Zayne and a younger sister named Lexie.

In 2015, he co-headlined a world tour with Drake Bell. The two would reprise their world tour again in 2017.

Talon Reid Is A Member Of