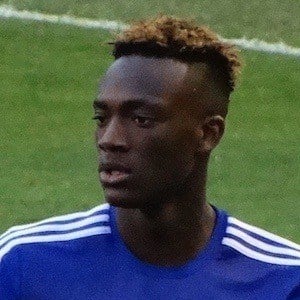 He originally began playing for Chelsea at the under-8 level in 2004. He won titles in the UEFA Youth League and FA Youth Cup.

In January 2017, he set the record for the most goals scored by a teenager since the beginning of the Football League Championship era.

His younger brother Timmy is also a soccer player.

He was teammates with Patrick Roberts on England's youth squad.

Tammy Abraham Is A Member Of