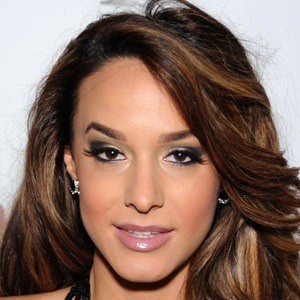 Internationally known model, actress, and entertainer whose been featured in magazines such as Maxim Espanol, XXL, Prototype, and Hip Hop Weekly. She was named XXL's Eye Candy of the Year for 2009/2010. She has also worked with the likes of P. Diddy, Drake, Chris Brown and more.

She was romantically linked to rapper Lil Wayne and starred in his music video "Ms. Officer," which became a chart-topping hit.

She was born in Palm Beach, Florida, but is of Cuban and Moroccan descent. She and her sister own an online shop together.

Tammy Torres Is A Member Of