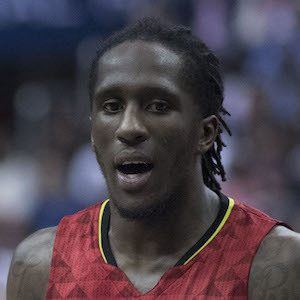 First round selection of the Utah Jazz whose rights were traded to the Atlanta Hawks about 2 weeks after the 2016 NBA Draft. He generally plays the small forward position.

He originally committed to play college ball for the LIU-Brooklyn Blackbirds, but elected to attend Baylor instead due to a coaching change at the former school. He was a first-team All-Big 12 selection in 2016.

He helped the US men's national team win bronze at the 2015 Pan American Games in Toronto.

His parents are Anthony and Tamiyko Prince.

He was coached by Mike Budenholzer as a member of the Atlanta Hawks.

Taurean Prince Is A Member Of