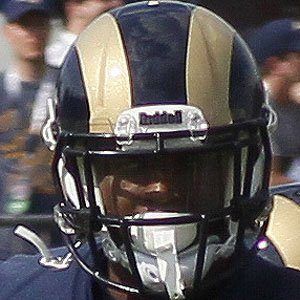 Speedy wide receiver who was drafted 8th overall in the 2013 NFL Draft by the St. Louis Rams. He compiled 151 rushing yards, 678 return yards and 418 receiving yards in his rookie season.

He was a running back in high school, but was converted to wide receiver at West Virginia University.

He was a First Team All-American and Big East Special Teams Player of the Year in 2011 and 2012.

He has a younger brother named Dunbar Carlos Austin.

He was college teammates with Geno Smith at West Virginia University.

Tavon Austin Is A Member Of