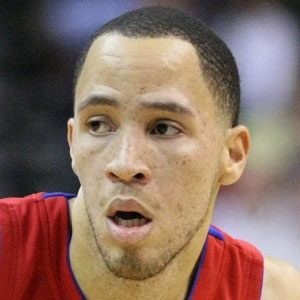 Lengthy small forward who was named to four consecutive NBA All-Defensive teams while playing with the Detroit Pistons. He helped lead the Pistons to an NBA Championship in 2004.

He was SEC Player of the Year at the University of Kentucky before being selected 23rd overall by the Pistons in the 2002 NBA Draft.

In 2013, he was traded to the Memphis Grizzlies in a three-team deal that also sent Rudy Gay to the Toronto Raptors.

He was raised with two siblings, Tommie and Tisha. He married Farah Prince in 2005 and he has a son named Tahj.

He won a NBA championship with teammate Ben Wallace in 2004.

Tayshaun Prince Is A Member Of