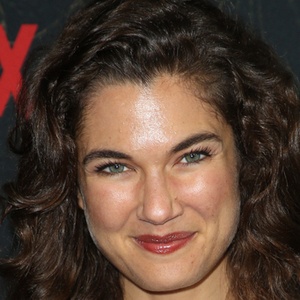 Veteran stage and television actress well known for her roles in Chicago Fire and Battleground. She has had recurring roles in Once Upon a Time, General Hospital and Days of Our Lives.

She became a managing director at the Chalk Repertory Theatre. She earned a brown belt in Brazilian Jiu Jitsu.

She married Jonathan Reeves in June of 2005, but would file for divorce. She has lived in Northern California, Houston, Texas, Grand Rapids, Michigan and Los Angeles, California.

Katharine Hepburn's role in The Philadelphia Story inspired her to become an actress.

Teri Reeves Is A Member Of