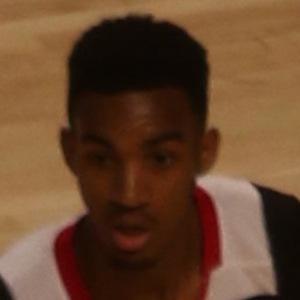 American professional basketball player known for his work with the team Oklahoma City Thunder of the National Basketball Association where he plays as a shooting guard. He is also known for his work on the United States national team where he has won multiple gold medals and championships.

He began showing skill during his time with Prime Prep Academy High School in Dallas where he was listed as a top 20 player of the class of 2016. He then chose to skip college to play basketball overseas with the United States national team. He was drafted to the Oklahoma City Thunder team in 2017.

With Team USA, he participated in the McDonalds All-American Game and the Nike Hoop Summit where he won the MVP Award. He has also won multiple gold medals in Uruguay, Dubai, and Greece with Team USA.

Other shooting guards known for playing with the Oklahoma City Thunder's include Taylor Griffin and James Harden.

Terrance Ferguson Is A Member Of