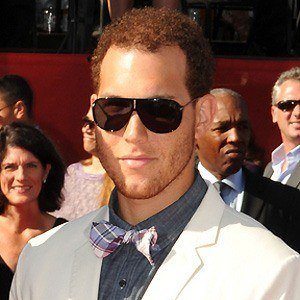 Older brother of NBA forward Blake Griffin. He was drafted in the second round of the 2009 NBA Draft by the Phoenix Suns, then after a year with the Suns, he went on to play in the NBDL and overseas.

He was a basketball as well as track star at NAIA Northwestern Oklahoma State University.

He spent the 2010-11 season playing for Belgacom Liege Basket in Belgium.

His brother Blake was the first overall pick in the 2009 NBA Draft. In 2011, he married Marieka Griffin.

He was selected in the same draft as his brother Blake, as well as star shooting guard James Harden, who went 3rd overall to the Oklahoma City Thunder.

Taylor Griffin Is A Member Of