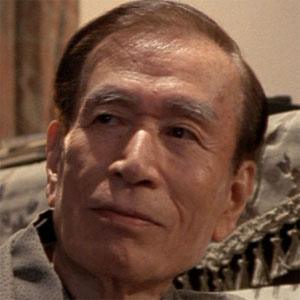 Japanese actor who has starred in more than 300 films and won the 1981 Japan Academy Prize in the Best Supporting Actor category for his role in 203 Kochi. He won the 1974 Mainichi Film Award for Best Actor for his performance in Ningen kakumei.

He was born in Tokyo to a father who was the personal physician of the Japanese emperor.

He became a religious leader in Japan.

He is the father of actor Yoshitaka Tanba.

Another classic Japanese actor like him is Koji Yakusho.

Tetsuro Tanba Is A Member Of