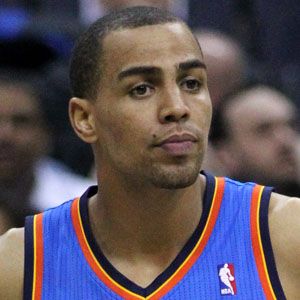 He began his professional career at age 17 with Tege Riviera Basket, in Switzerland's top domestic league.

He was drafted 13th overall by the Chicago Bulls in 2006.

He was born to Christine and Patrick Sefolosha. He married Bertille Sefolosha and he has two daughters, Lesedi and Naledi.

In 2009, he began playing on the Oklahoma City Thunder alongside NBA star Kevin Durant.

Thabo Sefolosha Is A Member Of