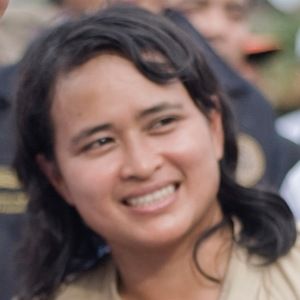 Journalist who took part in the Women Make the News 2016 campaign to focus on woman in Asia-Pacific media. She has over 60,000 followers on her thapanee3miti Instagram account.

She did work on the 2011 Japan tsunami and won the 2015 Media Awards' digital television category.

She was written up by UNESCO in 2016 after reporting on the Rohingya refugee crisis.

She is from Thailand.

She and NightPhoomin are both journalists from Thailand.