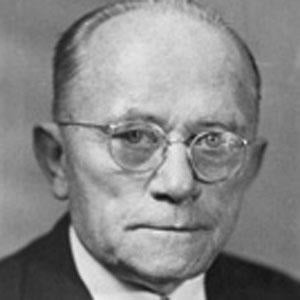 He won a seat on the Mississippi state senate on a platform of white supremacy, and carried it with him to Congress.

In the U.S. Senate, he blocked all attempts at promoting civil rights for African-Americans, on the basis of preserving racial purity.

He was born in Poplarville, Mississippi and married twice.

He had many supporters, including that of Ross Barnett, the governor Mississippi.

Theodore G. Bilbo Is A Member Of