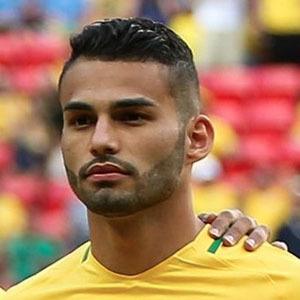 He won the gold medal at the 2016 Olympic Games with Brazil's national team. He signed with French Ligue 1 squad Lille OSC in 2017.

His parents' names are Joel and Vanda Maia.

He and Jose Fonte have played as defensive teammates for the French Ligue 1 club Lille OSC.

Thiago Maia Is A Member Of