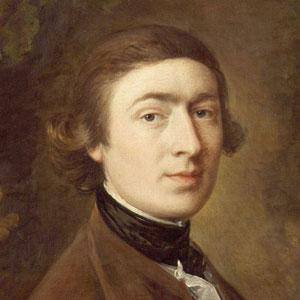 British portrait and landscape painter who became famous for his 1770 work 'Blue Boy.' His portraits of George III and the queen garnered him several royal commissions in 1780.

He was taught by Hubert Gravelot, Francis Hayman, and William Hogarth in London during the 1740s. He began his artistic career by creating decorations for a children's charity event.

His portraits, such as "Portrait of Mrs. Graham" and "The Morning Walk," captured the individuality of their subjects.

His was born to John Gainsborough, a Suffolk weaver. His brother Humphrey invented the process of condensing steam in a separate container. He married Margaret Burr in 1746, and together they had two daughters.

He was a contemporary of fellow portrait artist John Singer Sargent.

Thomas Gainsborough Is A Member Of