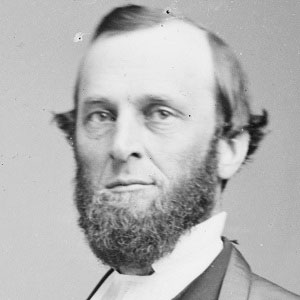 Educational pioneer who co-founded, along with Laurent Clerc and Mason Cogswell, what is now known as the American School for the Deaf, the first instutition for deaf education in North America. He was also the school's first principal.

He was born in Philadelphia, Pennsylvania and earned a master's degree from Yale in 1808. He later became a preacher after graduating from Andover Theological Seminary.

A twenty cent postage stamp was issued by the United States Postal Service in his honor in June 1983.

His wife, Sophia Fowler, was a former student of his. They had eight children together, including Edward Miner Gallaudet, who founded what would later become Gallaudet University, the first college for the deaf.

He was inspired to pursue deaf education after meeting a nine-year-old Alice Cogswell.

Thomas Hopkins Gallaudet Is A Member Of