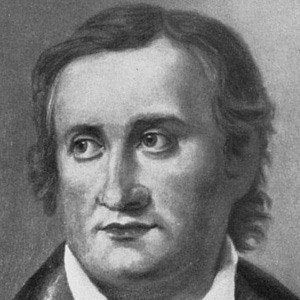 Estonian physicist who discovered the thermoelectric effect in 1821. He was also the first to produce and describe the amalgam of potassium.

He studied medicine at the University of Gottingen.

He made great strides in his research when suggetsing that a circuit – made from two different metals with different temperatures at their meeting point – deflected a compass magnet.

He was born and raised in Reval, which is now Tallinn, by a wealthy Baltic German merchant family.

He was born in the same country as poet Kalju Lepik.

Thomas Johann Seebeck Is A Member Of