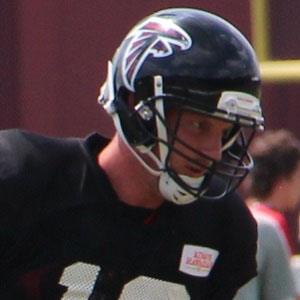 NFL quarterback who made a name for himself by leading the Houston Texans to their first playoff victory in franchise history. At the University of North Carolina, he set a school record for career passing yards.

He was a quarterback and punter for Pope High School, where he was an Atlanta Metro First-Team All-Area selection.

In January 2012, he became the just the fifth rookie quarterback in NFL history to win a playoff game.

His parents are Carol and John Yates.

His playoff battle against Andy Dalton and the Cincinnati Bengals marked the first time that two rookie quarterbacks had squared off in a playoff game.

TJ Yates Is A Member Of