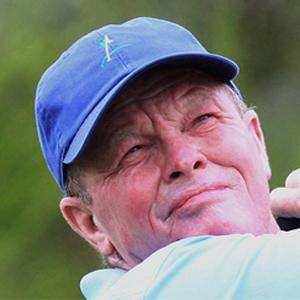 Hall of Fame golfer who spent more than 170 weeks in the top-10 of Official World Golf Rankings from 1989 until 1994 and set records in career earnings.

He won a share of the 1972 NCAA Championship, playing with the University of Texas.

He won almost 20 PGA Tours and was the first player in its history to earn $6 million.

His daughter, Stephanie Kite, was a standout gymnast with the nationally ranked University of Alabama team.

He and Ben Crenshaw tied for the individual NCAA Championship in 1972.

Tom Kite Is A Member Of