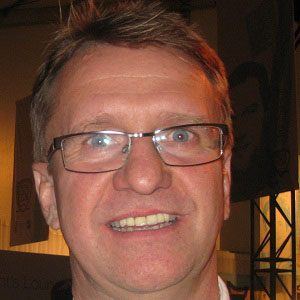 Retired defenceman who won four Stanley Cups as a member of the New York Islanders during the team's run of dominance in the 80's. He also won a gold medal representing his native Sweden at the 1994 Winter Olympics.

He was born in Falun, Sweden and was drafted by the Islanders in the second round of the 1982 NHL Entry Draft.

He is a member of the so-called "Triple Gold Club," an exclusive club of hockey players who have won a Stanley Cup, an Olympic gold medal and a World Championship.

He married a woman named Christina, with whom he has a daughter named Camilla.

He earned two of his Stanley Cup victories alongside winger Mike Bossy.

Tomas Jonsson Is A Member Of