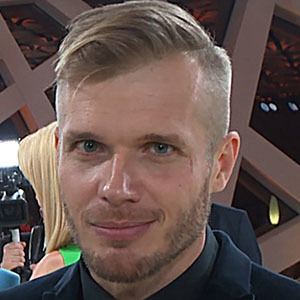 Polish actor who is known for his roles in film, theater, and television. He is best recognized for having played Michal Duszynski in the 2010 series Majka as well as Arthur in the 2015 series M Jak Milosc.

He gradated in ocean engineering from the Gdansk University of Technology. He then attended acting school in 2008 at the Jaracza Theater in Olsztyn. He stated his career in several theatrical productions before making his television debut as Simon on the 2008 series Awesome Stories.

He was born in Gdansk and was raised in the Nowy Port district. He has three sisters: Kamila, Anna, and Beata.

He starred alongside Teresa Lipowska and Rafal Mroczek in the television series M Jak Milosc.

Tomasz Ciachorowski Is A Member Of