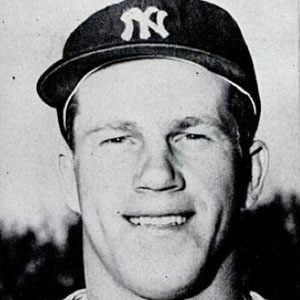 He rose through the ranks of the minor leagues and debuted with the New York Yankees at age 20.

He was forced to retire at the age of 30 due to a severe back injury.

He had four children with his wife Margaret.

He played his entire career alongside teammate and Hall of Fame slugger Mickey Mantle.

Tony Kubek Is A Member Of