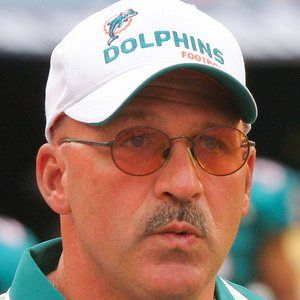 Football coach who served as the head coach of the Miami Dolphins from 2008 to 2011. He also worked on the coaching staff for teams like the Dallas Cowboys and Jacksonville Jaguars.

He was a four-year center at the University of New Haven.

In his first season as the Dolphins' head coach he led the team to an 11-5 record, an NFL record ten-game turnaround from the previous season.

He had two sons who played football at the University at Albany. His daughter became a pastry chef.

Tony Sparano Is A Member Of