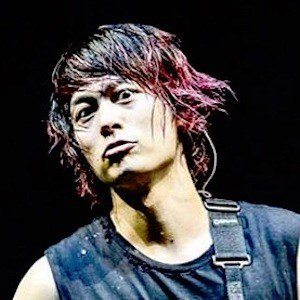 Japanese musician best known as the lead guitarist for the rock band ONE OK ROCK. He is also an occasional actor who played the major role of Ryuugo on the television drama Shibuya Fifteen.

He and future ONE OK ROCK bandmate Ryota Kohama were members of the hip-hop dance group HEADS, who released singles in the early 2000's like "Gooood or Bad!"

His Les Paul Custom Alpine White is signed by Avril Lavigne and members of the band Fall Out Boy.

He was born in Osaka, Japan.

He has been bandmates with Takahiro Moriuchi in ONE OK ROCK.

Toru Yamashita Is A Member Of