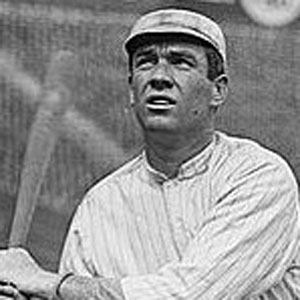 Center fielder who spent 22 seasons in the MLB from 1907 to 1928 and recorded the most doubles in league history with 792, while tallying 3,514 hits with a career batting average of .345. He won two World Series Championships with the Boston Red Sox and a third with the Cleveland Indians.

He began throwing left handed as a child after being thrown off a horse.

He teamed with Harry Hooper and Duffy Lewis to form what became known as the 'Million Dollar Outfield' while on the Boston Red Sox.

Tris Speaker Is A Member Of