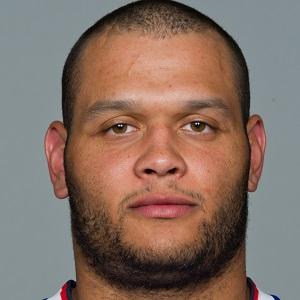 Outside linebacker who was selected in the 7th round of the 2013 NFL draft by the Seattle Seahawks.

He played Division II college football for Harding University, where he set a school record in 2012 by blocking four kicks.

In his first season in the NFL he spent time on the practice squads of the Seattle Seahawks, New York Giants, and Buffalo Bills.

He grew up in Marina, California, and attended high school in nearby Seaside.

He made his NFL debut on December 8, 2013, for a Bills defense led by Jairus Byrd.

Ty Powell Is A Member Of