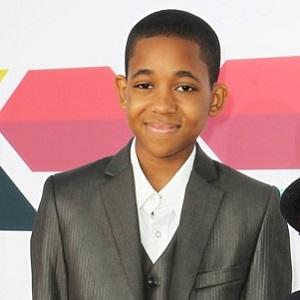 Known for his role as James on the Nickelodeon sitcom Instant Mom, he also appeared in episodes of Parks and Recreation, Everybody Hates Chris, and Without a Trace.

When he was still a baby, he joined the main cast of the children's television series Sesame Street.

His older brother Tyler James Williams was the star of the popular sitcom Everybody Hates Chris.

He grew up in the New York City area as the son of a New York Police Department officer and a minister and vocalist mother. His two older brothers, Tyler and Tyrel have both had successful acting careers.

Tylen Jacob Williams Is A Member Of